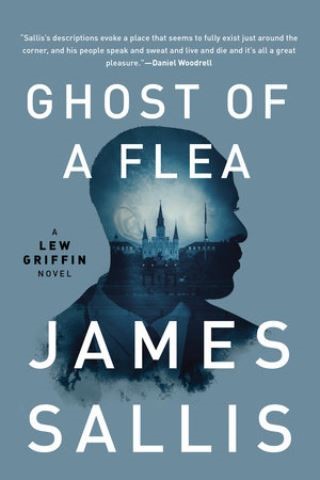 Ghost of a Flea

The mystery of private investigator Lew Griffin is revealed in the conclusion of this critically acclaimed, groundbreaking series.

In his old house in uptown New Orleans, Lew Griffin stands alone in a dark room, looking out. Behind him on the bed is a body. Instead of speaking, he reflects on his life—his failing relationship, his missing son, the fact that he hasn’t written in years—and how the two of them ended up there.

In a novel as much about identity as about crime, the answers to Lew’s personal mysteries begin to become clear in the series’ brilliantly constructed climax.

James Sallis: James Sallis has published eighteen novels, including Drive, which was made into a now-iconic film; Sarah Jane; and the six-volume Lew Griffin series. He is a recipient of the Hammett Prize for literary excellence in crime fiction, the Grand Prix de Littérature Policière, the Deutsche Krimipreis, and the Brigada 21 in Spain, as well as Bouchercon’s Lifetime Achievement Award. His biography of Chester Himes was a New York Times Notable Book of the Year, and he has been shortlisted for the Anthony, Nebula, Edgar, Shamus, and Gold Dagger Awards.