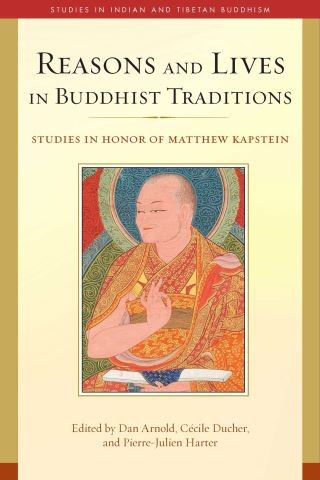 Reasons and Lives in Buddhist Traditions

Studies in Honor of Matthew Kapstein

The celebrated career of a venerated scholar inspires incisive new contributions to the field of Indian and Tibetan Buddhism.

Particularly known for his groundbreaking and influential work in Tibetan studies, Matthew Kapstein is a true polymath in Buddhist and Asian studies more generally; possessing unsurpassed knowledge of Tibetan culture and civilization, he is also deeply grounded in Sanskrit and Indology, and his highly accomplished work in these cultural and civilizational areas has exemplified a whole range of disciplinary perspectives.

Reflecting something of the astonishing range of Matthew Kapstein’s work and interests, this collection of essays pays tribute to a luminary in the field by exemplifying some of the diverse work in Buddhist and Asian studies that has been impacted by his scholarship and teaching. Engaging matters as diverse as the legal foundations of Tibetan religious thought, the teaching careers of modern Chinese Buddhists, the history of Bhutan, and the hermeneutical insights of Vasubandhu, these essays by students and colleagues of Matthew Kapstein are offered as testament to a singular scholar and teacher whose wide-ranging work is unified by a rare intellectual selflessness.

Dan Arnold: Dan Arnold is a University of Chicago scholar of Indian Buddhist philosophy and author of the award-winning Brains, Buddhas, and Believing: The Problem of Intentionality in Classical Buddhist and Cognitive-Scientific Philosophy of Mind (Columbia University Press, 2012).Cécile Ducher is at the École Pratique des Hautes Études in Paris.Pierre-Julien Harter teaches at the University of New Mexico.