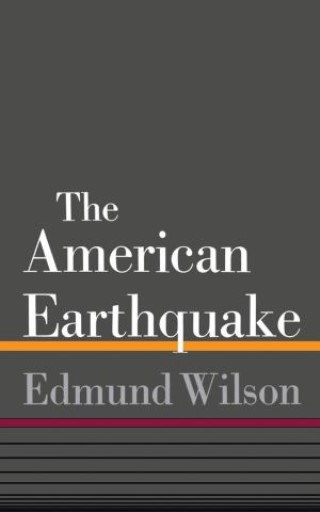 The American Earthquake amply conveys the astonishing breadth of Edmund Wilson's talent, provides an unparalleled vision of one of the most troubling periods in American history, and, perhaps inadvertently, offers a self-portrait comparable to The Education of Henry Adams.

During a twelve-month period in 1930 and 1931, Edmund Wilson wrote a series of lengthy articles which he then collected in a book called American Jitters: A Year of the Slump. The resulting chronicle was hailed by the New York Times as "the best reporting that the period of depression has brought forth in the United States," and forms the heart of the present volume.

In prose that is by turns dramatic and naturalistic, inflammatory and evocative, satirical and droll, Wilson painted an unforgettable portrait of a time when "the whole structure of American society seemed actually to be going to pieces."

The American Earthquake bookends this chronicle with a collection of Wilson's non-literary articles-including criticism, reportage, and some fiction-from the years of "The Follies," 1923-1928, and the dawn of the New Deal, 1932-1934. During this period, Wilson had grown from a little-known journalist to one of the most important American literary and social critics of the century.