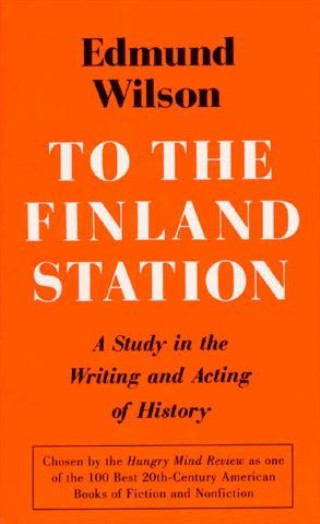 To the Finland Station

A Study in the Acting and Writing of History

One of the great works of modern historical writing, the classic account of the ideas, people, and politics that led to the Bolshevik Revolution

Edmund Wilson's To the Finland Station is intellectual history on a grand scale, full of romance, idealism, intrigue, and conspiracy, that traces the revolutionary ideas that shaped the modern world from the French Revolution up through Lenin's arrival at Finland Station in St. Petersburg in 1917. Fueled by Wilson's own passionate engagement with the ideas and politics at play, it is a lively and vivid, sweeping account of a singular idea—that it is possible to construct a society based on justice, equality, and freedom—gaining the power to change history.

Vico, Michelet, Bakunin, and especially Marx—along with scores of other anarchists, socialists, nihilists, utopians, and more—all come to life in these pages. And in Wilson's telling, their stories and their ideas remain as alive, as provocative, as relevant now as they were in their own time.

Edmund Wilson: Edmund Wilson (1895–1972) was among the foremost American men of letters of the twentieth century. A literary critic, novelist, memoirist, playwright, journalist, poet, and editor, he was the author of more than twenty books. His works include American Earthquake, a collection of articles published in the first years of the Great Depression; The Devils & Canon Barham, essays on the modern conception of history in the West; and Europe Without Baedeker, essays on his travels before and after World War II.